Yesterday, several classmates shared their Big Law horror stories.  Today, for those of you who dream of making partner, I bring you happy endings.  Five black attorneys from Georgetown Law’s class of 1995 have made partner in firms with 100 or more attorneys. This represents nearly 10 percent of our class, which seems in keeping with the averages of other groups (though there is little way of knowing since law school job placement records are incomplete and inaccurate). Interestingly, though women represented about half of our class, only one woman made partner. Only one of the five partners has spent his entire career at one firm. So enough with the stalling, you want to run with wolves? Here’s how you do it.

Partner, Arnold & Porter LLP:  Darren Skinner is a partner resident in the Washington, DC office, where he focuses his practice on corporate and securities matters. He has participated in the firm’s representation of private and sovereign clients in the United States, Latin America, the Caribbean, Europe, and Asia in connection with a variety of transactions that include capital markets offerings and private placements (including private equity and venture capital investments), mergers and acquisitions, project financings, debt restructurings, and investment fund and new venture formations.

Darren Skinner was one of only two black law students to graduate with an honor’s distinction. As I mentioned earlier, the other cum laude graduate did not find success in the law firm environment, so by graduating at the top of your class, ones chances of making partner are about 50/50. Darren’s family is from the Caribbean, and he seemed to bring a level of seriousness and formality to his study and career that harkens back to a bygone era. When training the group of lawyers who would change the course of history for African Americans, Charles Hamilton Houston would tell them, “You’ve got to be twice as good as the white, or you will lose.” Generations later, Darren seems to have taken this to heart. He arrived at Georgetown Law already holding Master of Laws degrees from the London School of Economics and Harvard.

Darren represents a rarity among black partners. He is homegrown, nurtured by Arnold & Porter LLP since his time there as a summer associate. He was the first of many to speak of how, even with his academic accomplishments, he would not have made it at his firm without supportive co-workers and good mentors. It is clear Darren enjoys the practice of law and likely doesn’t mind a little shop talk over the kitchen table—his wife is an attorney also.

Four more partners after the jump…

Partner, Pepper Hamilton LLP:  Solomon Hunter, Jr. is a partner in the Philadelphia office of Pepper Hamilton LLP. He is an experienced corporate lawyer with broad legal and management experience.  Mr. Hunter concentrates his practice on mergers and acquisitions, joint ventures, start-up and venture capital financings, and private equity transactions. He has managed a range of major transactions for entities of a variety of types, sizes and stages of development, including acquisitions, dispositions, licensing arrangements, private placements, financing transactions, and corporate restructurings and reorganizations.

Few of us knew Solomon Hunter well during his time at Georgetown Law. A decade older than most in our class, Solomon was about his business. You didn’t see him hanging out in the pub or chatting on the lawn. Before attending law school, he held a variety of sales and marketing positions with IBM Corporation. In hindsight, his maturity and business acumen, likely made him better prepared to handle the complexity of the law firm environment and develop firm business. And as co-chair of Pepper Hamilton’s hiring committee, Solomon is sometimes the bearer of good news as he recently was for a group of summer associates.

We’re told that the office’s 11 summer associates — 8 2Ls and 3 1Ls — went to lunch together on Friday to celebrate the last day of their eight-week program. Unexpectedly, the firm’s hiring chairs Michael Subak and Solomon Hunter showed up at the downtown Philly restaurant.

They offered to tell the summers how the hiring process would work. Midway through the explanation, Hunter allegedly said, “Why don’t we break the mold here?”

They then told the summers that everyone was hired — the 2Ls got job offers for after graduation, and the 1Ls have the opportunity to return as summer associates next year. We’re told there was “unanimous excitement,” with everyone jumping up for “a round of applause, high fives, handshakes, and hugs.” [Above The Law]

Be known and be in the know.

Carter DeLorme has the distinction of having made partner at two large firms, Winston & Strawn and his current firm, Jones Day. One of the surest ways to do so is to have your own business.  Still a young partner, his business doesn’t yet qualify him as a rainmaker, but he boasts one seven-figure year. He’s on the Board of Advisors for the nonprofit, Project of Attorney Retention, and speaks at law schools and legal conferences. High profile clients don’t hurt.Carter performs salary arbitration work for the Boston Red Sox and Texas Rangers. 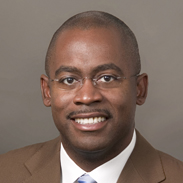 Partner, Bradley Arant Boult Cummings:  Doug’s practice includes the defense of several large financial services and insurance companies throughout the southeastern United States. He is actively involved in all aspects of mortgage –related and lender liability litigation, including the defense of a nationwide TILA class action, a multi-million dollar mortgage repurchase claim and individual suits brought under the Truth in Lending Act, the Fair Debt Collection Practices Act, the Fair Credit Reporting Act and the Real Estate Settlement Practices Act. Doug also represents national insurance companies and a large private equity firm against consumer fraud, deceptive sales practice and product liability claims. Doug strives to provide early evaluations of cases and to work closely with clients to identify cost-effective ways in which to resolve each dispute, and to aggressively prepare matters for trial when these methods are unavailing.

Doug Minor proved the benefit of a smaller pond. After graduation he returned to Mississippi where he had contacts (his father was an attorney and law professor there). Early on he and two partners formed a small firm and eventually argued a class action fraud case that made national news. When his corporate clients’ needs became too much for a small firm, he moved to the largest firm in Mississippi where he made Partner. Doug sees the benefits of moving to a smaller market, “Sure it’s unusual to find a guy from Harvard and Georgetown coming back to the South, but it has presented some good opportunities for me. Finding mentors has been easier. Partners here are patient and nurturing. I tried my first case when a partner pushed me forward saying, “Doug’s going to try this one.” It took a long time for most of my peers on the East Coast to try a case. I can say I know that courtroom experience…and I know how to serve clients.”

Patrice Harris Talbott’s interest in housing issues harkens all the way back to her days as a Public Interest Scholar at Georgetown Law, even further back still to work she did with the homeless as an undergraduate at Stanford University. After law school, she took a job with the U.S. Department of Housing and Urban Development in the Office of General Counsel in the Illinois State Office in Chicago, Illinois and in the Office of Assisted Housing in HUD Headquarters in Washington, D.C. She also attained an LLM in real estate law. Establishing herself as an expert in a niche market paid off for Patrice, who was hired as an associate at Rudnick &Wolfe LLP prior to its merger with Piper Marbury, which is now know as DLA Piper US LLP. She is now a partner at Nixon Peabody LLP.

It’s worth noting that even those who achieved “the penacle” are not immune to feeling as though race plays a role in law firm politics. Everyone interviewed here, spoke of a unique comraderee and pleasant environment at their firms. I found it curious though when one expressed feeling extremely “fortunate” for having received “positive breaks.” When I asked why someone with such stellar credentials would feel so grateful, I was given the response, “I know many black attorneys who are just as smart, but whose careers have floundered.”