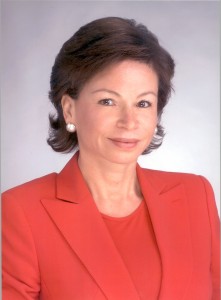 Valerie Jarrett. Courtesy of the University of Chicago.

This month the American Bar Assoication’s (ABA) magazine makes some legal picks for an Obama Administration.  We’re taking a look at the black lawyers featured therein and making a few predictions of our own.  Full list here.

VJ recently cut a cute figure in Vogue Magazine.  Back in the day, she was probably referred to as a BAP (Black American Princess).  She’s been around politics a long time (Vernon Jordan is her uncle).  When your great-grandfather is the first black graduate of M.I.T., your grandfather the first black head of the Chicago Housing Authority and your daddy the first black medical resident at St. Luke’s Hospital (after college and medical school at Howard University-Holla!), it’s probably pretty easy to conceive of your best friends being the first black First Family.

Early in her legal career, she ditched her corporate law firm to serve under Chicago’s first black mayor, Harold Washington and later became Mayor Richard Daley’s Deputy Chief of Staff.  Enter Michelle Obama and her protective husband.  Jarrett has been advising the two ever since.  She’s often seen in pictures looking starry-eyed at Barack Obama, but she has just as much love for Michelle. From Vogue:

Michelle was so mature beyond her years, so thoughtful and perceptive. She really prodded me about what the job would be like because she had lots of choices. I offered it to her on the spot, which was totally inappropriate because I should have talked to the mayor first. But I just knew she was really special.

She has served on several major boards and is currently CEO of a residential management company.  We thought odds were she’d head HUD, but then we nipped this morsel from WSJ.:

Blacks, [Jarrett] stresses, won’t be pigeonholed into “historically conventional” roles, such as secretary of housing and urban development or assistant attorney general for civil rights.

Interesting tidbit: Born in Shiraz, Iran, she can never be president. NYTimes