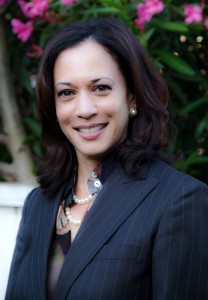 There’s a new AG in California.  Kamala Harris outlasted her Republican challenger to become the first black female attorney general in California.  Don’t let the good looks and tailored suits fool you, this is one tough cookie.

Harris, on the other hand, was dogged on the campaign trail by her liberal background, particularly her opposition to the death penalty. Cooley and his supporters hit her hard in recent weeks with attack ads in Democratic Los Angeles County, including a last-minute, $1 million-plus ad buy by a national Republican group. Harris, however, began running ads early, both to introduce herself to voters and critique Cooley’s record; she also spent much of her time in recent months campaigning and raising money in Los Angeles, a strategy that paid off.