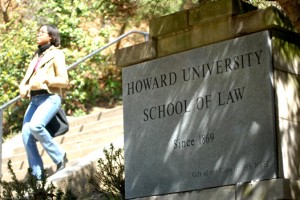 Howard University’s School of Law has a new leader at least on an interim basis. Longtime law professor Okianer Christian Dark has assumed the deanship of the oldest historically black law school in the nation. The announcement was made by outgoing dean Kurt L. Schmoke on Facebook, and later confirmed in a posting on the law school’s website. 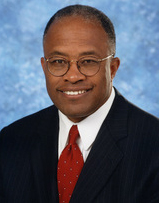 This is to thank you for the opportunity of working with you as Dean of the Howard University School of Law.

Together we focused on building on a great legacy of nurturing leaders in the law for America and the global community. Throughout these recent years we emphasized the concept of team. Conferences were held, area study centers were improved, and articles were published through the collaborative work of faculty, students, and staff of the law school. This is not the time to list accomplishments because more is yet to be done.

I am thrilled that Okianer Christian Dark has been appointed Interim Dean of the law school. Her tenure as Associate Dean for Academic Affairs has been superlative. Please join me in welcoming her to the position of Interim Dean and supporting her as she works to make a great law school greater.

Dean Dark joined the Howard Law faculty in 2001 and later took on the role of Associate Dean for Academic Affairs a post she held for seven years under Dean Schmoke. Immediately prior to joining HUSL she was an Assistant United States Attorney in the Office of the United States Attorney in Portland,Oregon. She returned to active practice after a prior stint in academia where she was a full professor at the University of Richmond School of Law from 1984 to 1995. Dark has written of  the experience in an article,”Transitioning From Law Teaching To Practice And Back Again.” {Dean Dark’s article can be found here.} Dark is a graduate of Rutgers University School of Law in Newark.

According to The National Law Journal after nine years as dean of the law school, Schmoke will become vice president and general counsel for Howard University. Schmoke the former Mayor of Baltimore is a graduate of Harvard Law School.